Joseph Pyle’s store, 1908
The Public Library of West Grove was first established in 1874 when the village was part of London Grove Township. After the West Grove Borough was incorporated in 1893, Sara Ann Conard, one of the owners of Conard & Pyle Nurseries, sought permission from Joseph Pyle to house a library in his store. An organized book collection was started and Mrs. Conard became the first official librarian. In 1902, due to insufficient operating funds, the collection was donated to the new West Grove Borough School. However, in 1909, Elizabeth Conard persuaded the Agenda Club to sponsor a public library in town. This subscription-based library, with a collection of only fifty books, was housed in Frank P. Houston’s Drug Store.​ 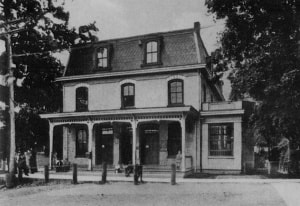 The National Bank of West Grove
By 1911, there were 76 yearly subscribers and 51 individuals subscribing monthly. With an additional $120.00 raised by the Library Committee, the library moved to the 2nd floor of the National Bank located on Exchange Place in West Grove. In 1912, a Junior Department, designed to meet the needs of young readers, was established. By 1917, the Library Committee sought to acquire books written by noted authors that would help young people “choose only the best in life.” Mrs. Laura Hutton served as the librarian. In 1933, West Grove Borough contributed $30.00 in tax money to the library. Also during this year, Miss Mary Moulder donated 400 books in memory of Sara Ann Conard. Miss Emma Roney bequeathed to the library $1,000.00 in 1944, on the condition that the library would incorporate within 6 months. A charter was obtained from the state on June 27, 1944, and the library became known as the West Grove Library Association. The library ran solely on dues from members and the private donations from the community. 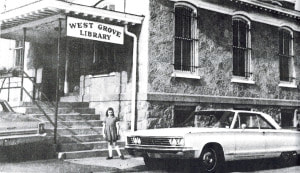 West Grove Library, 1968
It wasn’t until 1947 that the library became free to all residents. This was due in part to the allocations received from the West Grove Community Chest.  In the late 1960’s, the library purchased the building located on 11 Exchange Place, a structure located directly across from the bank. In 1966, the Library entered the State Aid Program to gain additional financial assistance. In addition, the Avon Grove Library became a member of the Chester County Library System. Ella Freese served as the librarian until her retirement in 1986. The following individuals served as Librarians following Ms. Freese’s retirement: Maria DeVrind, Judy Shuler, Irene Sternberg, Jenny Loustau, Kim Ringler and Lori Schwabenbauer. 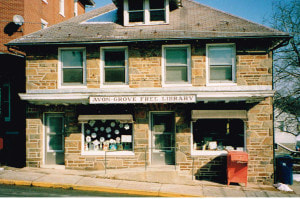 Library at 11 Exchange Place
In 1996, the library became incorporated under the name “Avon Grove Library.” At that time, it was decided to either purchase or build a new library facility to meet the needs of a growing population. After considerable work, the library joined forces with the West Grove Borough to build a facility that combined municipal offices and the public library. From 1999 to 2000, the library ran a capital campaign to raise the needed funds for their portion of the building. This facility, which was completed in August of 2003, is located on Rosehill Avenue in West Grove. 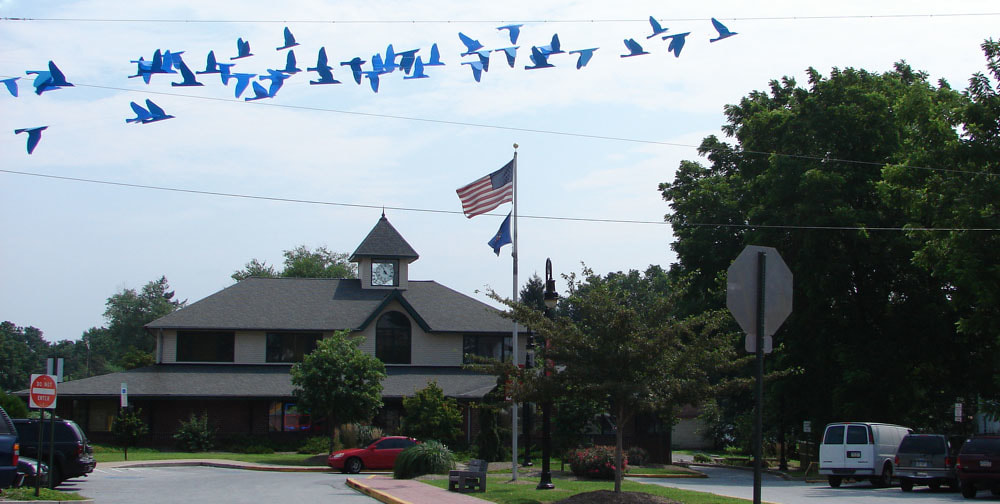 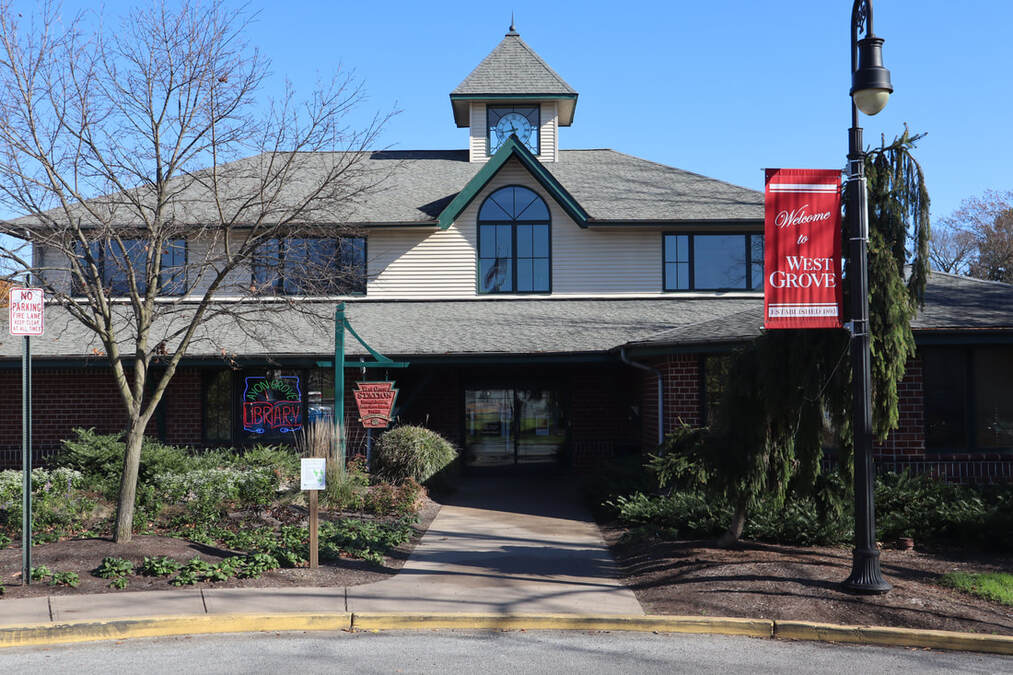